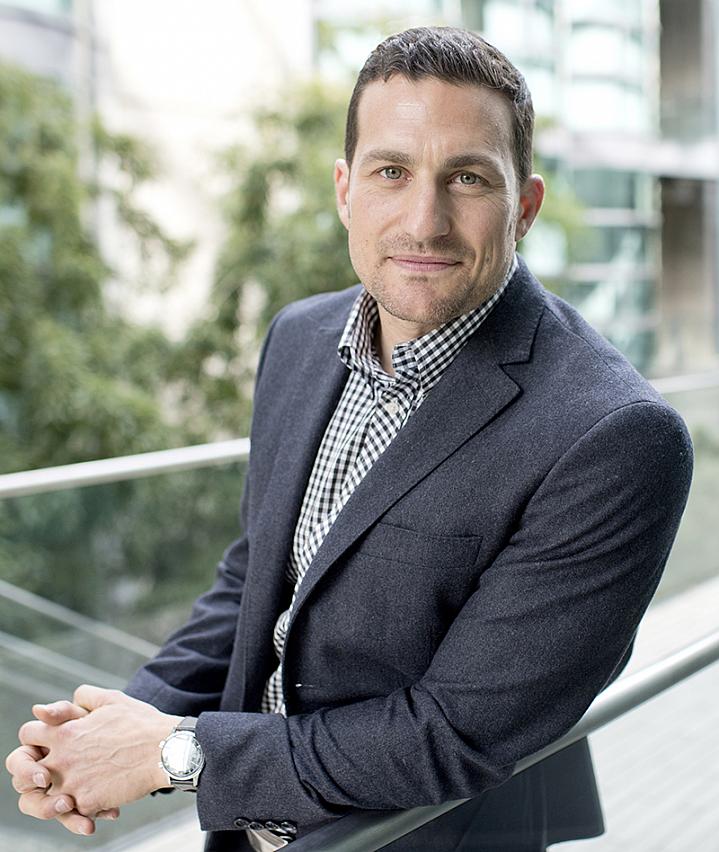 Excerpts from our conversation with Dr. Andrew Huberman, an NIH-funded neuroscientist at Stanford University.

NIHNiH: How does vision relate to fear and anxiety?

Huberman: Ultimately, it's your vision that determines whether or not the thing you're afraid of or have anxiety about is in your environment or not. If you think about fear of heights, it's 100% visual. Same with fear of spiders or snakes. Even trauma as it relates to an experience can be visual: a replay of visual things in peoples' minds. Anxiety as it relates to public speaking, and social anxiety, they're all visual.

NIHNiH: Why use virtual reality to study how vision drives fear and anxiety?

Huberman: VR is highly realistic, and we can completely control the visual environment of the subject. VR creates what you call immersion or presence. That is, creates a feeling that the person is literally in the environment that they're viewing. That’s very hard to do with a just a screen or a questionnaire. And it’s very hard to take the laboratory out of the lab. Outside the lab you can't get careful, controlled measurements of people’s reactions.

We can do eye tracking in VR, which we do. We can measure pupil size, which is a direct and the fastest readout of autonomic arousal or stress. So, VR is hands-down the most powerful way to do visual neuroscience in humans in the laboratory.

NIHNiH: Have you learned anything new about anxiety from using virtual reality?

Huberman: We discovered that people with generalized anxiety have vastly different patterns of visual search and eye movements than people who do not. What’s interesting is that’s true even before people are put into a stressful situation. We weren't looking for eye movements as a biomarker for generalized anxiety, but they might be. This is an early finding, so we need to confirm our results with further studies.

NIHNiH: You’re also running a clinical trial testing virtual reality to help prevent vision loss in people with glaucoma. Can you tell us a little about that study?

Huberman: A few years ago, we did a study in mice that showed that the combination of gene therapy plus visual stimulation could promote long-distance regeneration of nerve cells from the eye back to the brain. That restored some aspects of vision. And that was exciting to us, because it really underscored visual stimulation as a powerful tool for promoting regeneration of existing nerve cells. The number of nerve cells that regenerated was very small, but the distance they regenerated was very large. And the functional recovery of course was what excited us the most.

So we started a study in collaboration with Dr. Jeffrey Goldberg, an eye researcher here at Stanford. My lab programmed a specific visual stimulus, within a “virtual art gallery.“ When a patient goes into this gallery in VR, they see a bunch of empty frames along the wall.

When they look at a frame, it converts to a computer-generated video. We designed these videos to stimulate activity in the nerve cells that connect the eyes to the brain.

They look at that video for about three to five minutes. Then they're "rewarded" with an image of a painting introduced to that frame. This is something you could only do in VR, in this type of deeply immersive environment.

The patients do this five days a week at home, and then they come into the clinic for visual testing. The trial is still ongoing, but we’re very excited about the potential of that protocol for improving or maintaining vision that people with glaucoma would otherwise lose.