Block the Buzzing, Bites, and Bumps 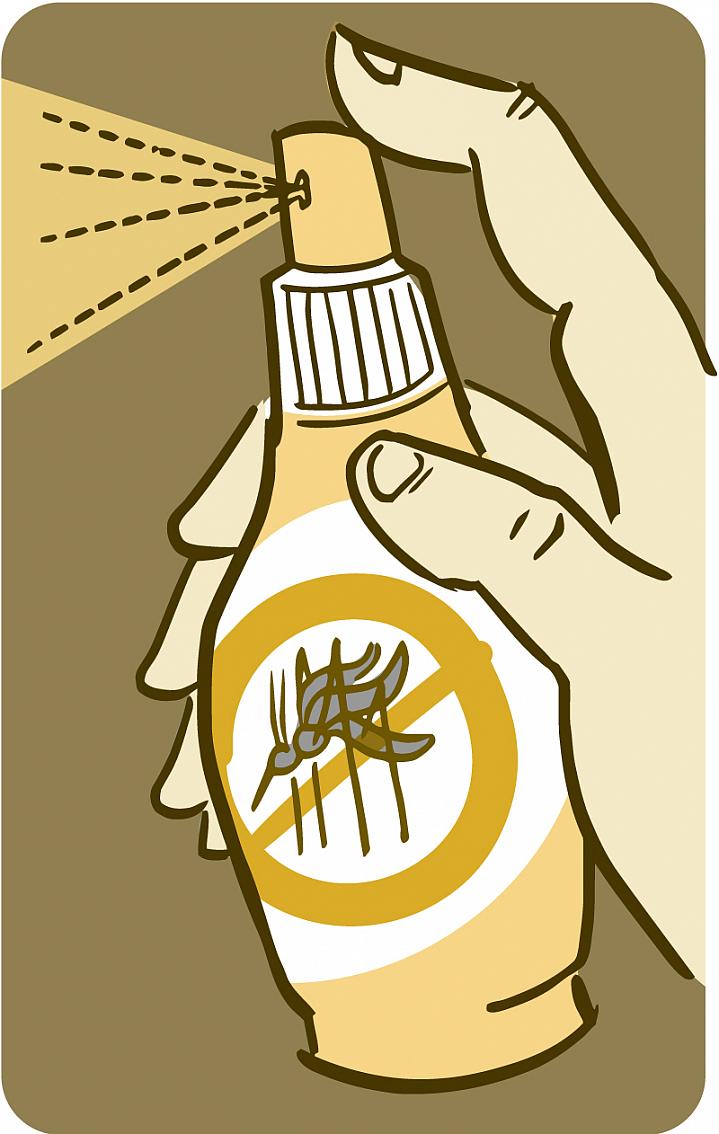 Summer can be a bummer if outdoor fun is interrupted by the irritating buzz of mosquitoes. Their bites not only create itchy red bumps on your skin; they also carry the risk of disease. NIH-funded scientists are working to find better ways to diagnose, treat, and prevent mosquito-borne illnesses. And we can all take simple steps to avoid getting bit by those blood-sucking insects.

Most mosquito bites are relatively harmless. The itchy bumps often last for just a day or 2 after a mosquito has punctured your skin. But if the mosquito is carrying certain germs, like viruses or parasites, these pathogensViruses, bacteria, or other germs that can cause disease. might enter your blood during the bite and make you sick.

The diseases spread by mosquito bites can be serious. Some experts call mosquitoes the world’s most deadly animal. Mosquito-related illnesses kill about 725,000 people worldwide each year. By comparison, snakes kill about 50,000; tapeworms about 2,000; and sharks only about 10 people per year across the globe.

Most mosquito-related deaths and illnesses occur outside the U.S., mainly in Africa. “But we’ve always had a variety of mosquito-borne pathogens in the U.S. as well,” says Dr. Thomas W. Scott, an expert on insect-borne diseases at the University of California, Davis. “Right now, I’d say West Nile virus is the biggest problem in the continental United States.”

West Nile tends to be a seasonal epidemic in the U.S. It flares up in late spring or early summer and continues into the fall. In 2015, more than 2,000 cases of West Nile disease arose nationwide, and the virus was blamed for nearly 120 deaths.

Most people with West Nile infections have no symptoms. Roughly 1 in 5 infected people have relatively mild symptoms, such as fever, headache, or nausea. West Nile can become serious or even deadly for about 1 in 150 infected people.

Another virus, called dengue, is one of the most common causes of mosquito-borne disease worldwide. A dengue outbreak in Hawaii has affected hundreds of people since late 2015.

No medications are available to treat the many viral diseases transmitted by mosquitoes. But current drugs can treat and prevent malaria, which is caused by a tiny mosquito-borne parasite and not a virus.

A few mosquito-borne illnesses, such as yellow fever and Japanese encephalitis, are preventable by vaccination. But vaccines are not yet available to protect against most mosquito-related diseases, including malaria and West Nile virus.

NIH scientists are working to develop and test potential new vaccines for dengue and West Nile viruses. An experimental dengue vaccine that showed promise in a small clinical trial is now being evaluated in a larger population in Brazil.

Zika is another mosquito-borne virus that’s spreading throughout Central and South America. Because the dengue and West Nile viruses are closely related to the Zika virus, NIH researchers plan to create an experimental Zika vaccine by using methods similar to those used for the other vaccines. Small clinical trials may begin soon, but years of testing will be needed to fully evaluate potential Zika vaccines.

While preventive vaccines are still in development, Scott says, “There are things we can do right now to help protect against mosquito-borne disease.” See the Wise Choices box for mosquito-blocking tips.