Positive Emotions and Your Health 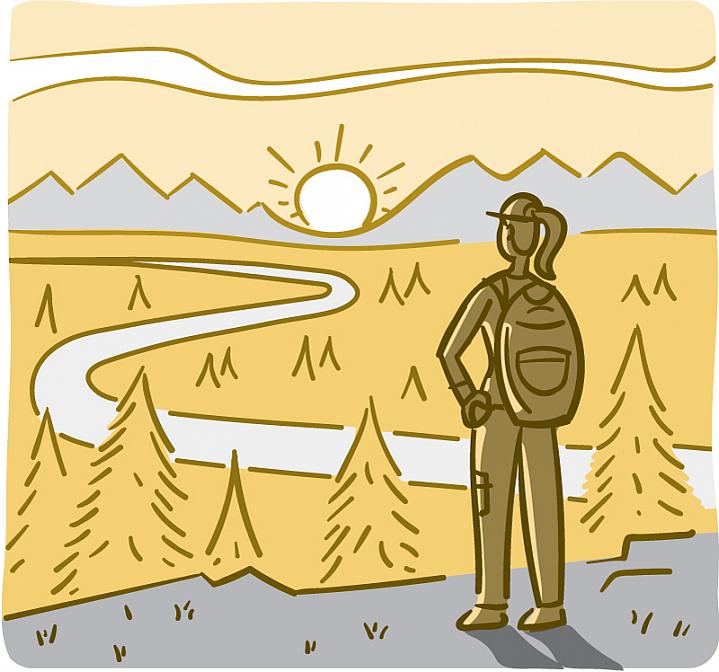 Do you tend to look on the sunny side, or do you see a future filled with dark, stormy skies? A growing body of research suggests that having a positive outlook can benefit your physical health. NIH-funded scientists are working to better understand the links between your attitude and your body. They’re finding some evidence that emotional wellness can be improved by developing certain skills.

Having a positive outlook doesn’t mean you never feel negative emotions, such as sadness or anger, says Dr. Barbara L. Fredrickson, a psychologist and expert on emotional wellness at the University of North Carolina, Chapel Hill. “All emotions—whether positive or negative—are adaptive in the right circumstances. The key seems to be finding a balance between the two,” she says.

“Positive emotions expand our awareness and open us up to new ideas, so we can grow and add to our toolkit for survival,” Fredrickson explains. “But people need negative emotions to move through difficult situations and respond to them appropriately in the short term. Negative emotions can get us into trouble, though, if they’re based on too much rumination about the past or excessive worry about the future, and they’re not really related to what’s happening in the here and now.”

People who are emotionally well, experts say, have fewer negative emotions and are able to bounce back from difficulties faster. This quality is called resilience. Another sign of emotional wellness is being able to hold onto positive emotions longer and appreciate the good times. Developing a sense of meaning and purpose in life—and focusing on what’s important to you—also contributes to emotional wellness.

Research has found a link between an upbeat mental state and improved health, including lower blood pressure, reduced risk for heart disease, healthier weight, better blood sugar levels, and longer life. But many studies can’t determine whether positive emotions lead to better health, if being healthy causes positive emotions, or if other factors are involved.

By using brain imaging, Davidson and others have found that positive emotions can trigger “reward” pathways located deep within the brain, including in an area known as the ventral striatum.

“Individuals who are able to savor positive emotions have lasting activation in the ventral striatum,” Davidson says. “The longer the activation lasts, the greater his or her feelings of well-being.” Continued activation of this part of the brain has been linked to healthful changes in the body, including lower levels of a stress hormoneSubstance made by the body to affect how the body grows and functions..

Negative emotions, in contrast, can activate a brain region known as the amygdala, which plays a role in fear and anxiety. “We’ve shown that there are big differences among people in how rapidly or slowly the amygdala recovers following a threat,” Davidson says. “Those who recover more slowly may be more at risk for a variety of health conditions compared to those who recover more quickly.”

Among those who appear more resilient and better able to hold on to positive emotions are people who’ve practiced various forms of meditationA mind and body practice designed to increase calmness and relaxation.. In fact, growing evidence suggests that several techniques—including meditation, cognitive therapy (a type of psychotherapy), and self-reflection (thinking about the things you find important)—can help people develop the skills needed to make positive, healthful changes.

“Research points to the importance of certain kinds of training that can alter brain circuits in a way that will promote positive responses,” Davidson says. “It’s led us to conclude that well-being can be considered as a life skill. If you practice, you can actually get better at it.”

In one study, Davidson and his colleagues found changes in reward-related brain circuits after people had 2 weeks of training in a simple form of meditation that focuses on compassion and kindness. These changes, in turn, were linked to an increase in positive social behaviors, such as increased generosity.

Fredrickson and her colleagues are also studying meditation. They found that after 6 weeks of training in compassion and kindness meditation, people reported increased positive emotions and social connectedness compared to an untrained group. The meditation group also had improved functioning in a nerve that helps to control heart rate. “The results suggest that taking time to learn the skills to self-generate positive emotions can help us become healthier, more social, more resilient versions of ourselves,” Fredrickson says.

Dr. Emily Falk, a neuroscientist at the University of Pennsylvania, is taking a different approach. Falk is exploring how self-affirmation—that is, thinking about what’s most important to you—can affect your brain and lead to positive, healthful behaviors. Her team found that when people are asked to think about things that they find meaningful, a brain region that recognizes personally relevant information becomes activated. This brain activity can change how people respond to health advice.

“In general, if you tell people that they sit too much and they need to change their behavior, they can become defensive. They’ll come up with reasons why the message doesn’t apply to them,” Falk says. But if people reflect on the things they value before the health message, the brain’s reward pathways are activated.

This type of self-affirmation, Falk’s research shows, can help physically inactive “couch potatoes” get more active. In a recent study, inactive adults received typical health advice about the importance of moving more and sitting less. But before the advice, about half of the participants were asked to think about things that they value most.

The “self-affirmation” group became more physically active during the month-long study period that followed compared to the group that hadn’t engaged in self-affirmation. “The study shows one way that we can open the brain to positive change and help people achieve their goals,” Falk says.

Being open to positive change is a key to emotional wellness. “Sometimes people think that emotions just happen, kind of like the weather,” Fredrickson says. “But research suggests that we can have some control over which emotions we experience.” As mounting research suggests, having a positive mindset might help to improve your physical health as well.

To develop a more positive mindset: