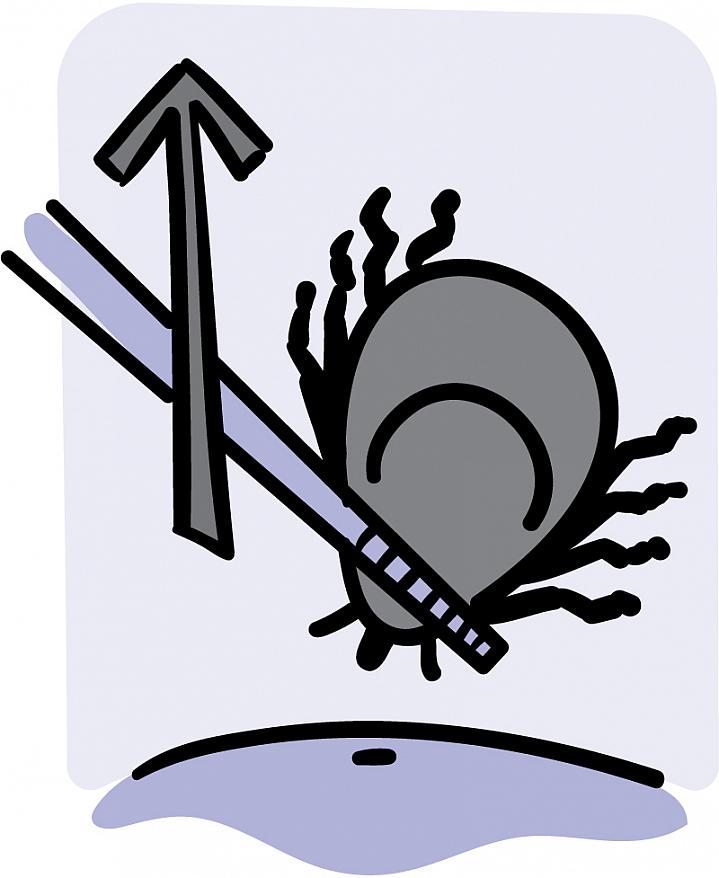 When warm weather arrives, you might get the urge to walk barefoot through the grass. But before you stroll through your lawn or head out on a hiking trail, you’ll want to protect yourself and your loved ones from ticks that often lurk in tall grass, thick brush, and wooded areas. Many ticks carry disease, so do what you can to keep ticks from taking a bite out of you.

Tick-borne diseases are found in many areas across the country, and they’re on the rise. The diseases are often clustered in specific regions. Rocky Mountain spotted fever, for instance, occurs mainly in the mid-Atlantic and southern states.

Lyme disease is the most common tick-borne illness. It’s found mainly in the Northeast and upper Midwest. Each year, more than 30,000 cases are reported in the United States, and many more likely go unreported. The U.S. Centers for Disease Control and Prevention (CDC) estimates that as many as 300,000 Americans get Lyme disease each year.

Ticks are tiny 8-legged creatures that can be hard to see. Deer ticks—which can carry Borrelia burgdorferi, the bacterium that causes Lyme disease—are especially small. The young “nymphs” are only the size of poppy seeds. Adult deer ticks aren’t much larger—about the size of a sesame seed. If an infected deer tick chooses you for its next blood meal, that bite can transmit Lyme disease or another infection to you.

“Ticks can be so tiny that most people who get Lyme disease don’t recall a tick bite,” says Dr. Adriana Marques, a Lyme disease expert at NIH. But if you have symptoms of the disease, she says, “the earlier you get treated, the better.”

Tick-borne diseases tend to share certain symptoms. Symptoms can include fever, headache, muscle or joint pain, and extreme fatigue. People with Lyme disease usually get an expanding red rash that sometimes resembles a bull’s-eye. “The rash is usually tender, not painful or itchy, so people may not realize they’re sick,” says Marques.

If left untreated, the infection can spread and cause rashes in other parts of the body. Some people may develop nerve problems, arthritis, or other disorders. But even if Lyme disease isn’t caught until later stages, most people fully recover after treatment with antibioticsPrescription medications used to treat bacterial infections such as Lyme disease..

Of course, the best way to avoid Lyme and other tick-borne diseases is to prevent tick bites in the first place.  Most bites from disease-causing ticks occur in the spring and summer months, when ticks are most active and when people are spending more time outside.

Help keep ticks off your skin by wearing long sleeves, long pants, and long socks. You can also ward off ticks by using an insect repellant that contains at least 20% DEET (for the skin) or permethrin (for clothes). To avoid ticks, walk in the center of trails and steer clear of tall vegetation.

If you’ve been in an area where ticks are common, bathe or shower as soon as possible, and wash or tumble your clothes in a dryer on high heat. Check your body carefully for ticks. They dig and burrow into the skin before they bite and feed. Removing ticks right away can help prevent disease. If you develop a rash or fever after removing a tick, see your doctor.

So watch out for ticks! Make a habit of tick prevention as you venture into the great outdoors.

Protect Yourself From Lyme Disease

How Are Vaccines Tested?

To Remove a Tick

Promptly remove ticks to reduce the risk of tick-borne diseases.