Why It’s So Hard to Change 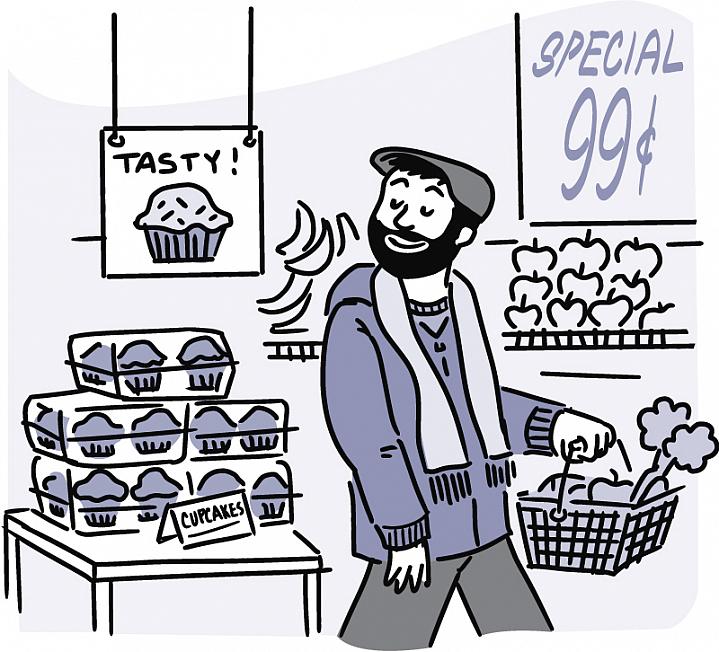 If you know something’s bad for you, why can’t you just stop? About 70% of smokers say they would like to quit. Drug and alcohol abusers struggle to give up addictions that hurt their bodies and tear apart families and friendships. And many of us have unhealthy excess weight that we could lose if only we would eat right and exercise more. So why don’t we do it?

NIH-funded scientists have been searching for answers. They’ve studied what happens in our brains as habits form. They’ve found clues to why bad habits, once established, are so difficult to kick. And they’re developing strategies to help us make the changes we’d like to make.

“Habits play an important role in our health,” says Dr. Nora Volkow, director of NIH’s National Institute on Drug Abuse. “Understanding the biology of how we develop routines that may be harmful to us, and how to break those routines and embrace new ones, could help us change our lifestyles and adopt healthier behaviors.”

Habits can arise through repetition. They are a normal part of life, and are often helpful. “We wake up every morning, shower, comb our hair or brush our teeth without being aware of it,” Volkow says. We can drive along familiar routes on mental auto-pilot without really thinking about the directions. “When behaviors become automatic, it gives us an advantage, because the brain does not have to use conscious thought to perform the activity,” Volkow says. This frees up our brains to focus on different things.

Habits can also develop when good or enjoyable events trigger the brain’s “reward” centers. This can set up potentially harmful routines, such as overeating, smoking, drug or alcohol abuse, gambling and even compulsive use of computers and social media.

“The general machinery by which we build both kinds of habits are the same, whether it’s a habit for overeating or a habit for getting to work without really thinking about the details,” says Dr. Russell Poldrack, a neurobiologist at the University of Texas at Austin. Both types of habits are based on the same types of brain mechanisms.

“But there’s one important difference,” Poldrack says. And this difference makes the pleasure-based habits so much harder to break. Enjoyable behaviors can prompt your brain to release a chemical called dopamineA brain chemical that regulates movement, emotion, motivation and pleasure.. “If you do something over and over, and dopamine is there when you’re doing it, that strengthens the habit even more. When you’re not doing those things, dopamine creates the craving to do it again,” Poldrack says. “This explains why some people crave drugs, even if the drug no longer makes them feel particularly good once they take it.”

In a sense, then, parts of our brains are working against us when we try to overcome bad habits. “These routines can become hardwired in our brains,” Volkow says. And the brain’s reward centers keep us craving the things we’re trying so hard to resist.

The good news is, humans are not simply creatures of habit. We have many more brain regions to help us do what’s best for our health.

“Humans are much better than any other animal at changing and orienting our behavior toward long-term goals, or long-term benefits,” says Dr. Roy Baumeister, a psychologist at Florida State University. His studies on decision-making and willpower have led him to conclude that “self-control is like a muscle. Once you’ve exerted some self-control, like a muscle it gets tired.”

After successfully resisting a temptation, Baumeister’s research shows, willpower can be temporarily drained, which can make it harder to stand firm the next time around. In recent years, though, he’s found evidence that regularly practicing different types of self-control—such as sitting up straight or keeping a food diary—can strengthen your resolve.

“We’ve found that you can improve your self-control by doing exercises over time,” Baumeister says. “Any regular act of self-control will gradually exercise your ‘muscle’ and make you stronger.”

Volkow notes that there’s no single effective way to break bad habits. “It’s not one size fits all,” she says.

One approach is to focus on becoming more aware of your unhealthy habits. Then develop strategies to counteract them. For example, habits can be linked in our minds to certain places and activities. You could develop a plan, say, to avoid walking down the hall where there’s a candy machine. Resolve to avoid going places where you’ve usually smoked. Stay away from friends and situations linked to problem drinking or drug use.

Another helpful technique is to visualize yourself in a tempting situation. “Mentally practice the good behavior over the bad,” Poldrack says. “If you’ll be at a party and want to eat vegetables instead of fattening foods, then mentally visualize yourself doing that. It’s not guaranteed to work, but it certainly can help.”

One way to kick bad habits is to actively replace unhealthy routines with new, healthy ones. Some people find they can replace a bad habit, even drug addiction, with another behavior, like exercising. “It doesn’t work for everyone,” Volkow says. “But certain groups of patients who have a history of serious addictions can engage in certain behaviors that are ritualistic and in a way compulsive—such as marathon running—and it helps them stay away from drugs. These alternative behaviors can counteract the urges to repeat a behavior to take a drug.”

Another thing that makes habits especially hard to break is that replacing a first-learned habit with a new one doesn’t erase the original behavior. Rather, both remain in your brain. But you can take steps to strengthen the new one and suppress the original one. In ongoing research, Poldrack and his colleagues are using brain imaging to study the differences between first-learned and later-learned behaviors. “We’d like to find a way to train people to improve their ability to maintain these behavioral changes,” Poldrack says.

Some NIH-funded research is exploring whether certain medications can help to disrupt hard-wired automatic behaviors in the brain and make it easier to form new memories and behaviors. Other scientific teams are searching for genes that might allow some people to easily form and others to readily suppress habits.

Bad habits may be hard to change, but it can be done. Enlist the help of friends, co-workers and family for some extra support.