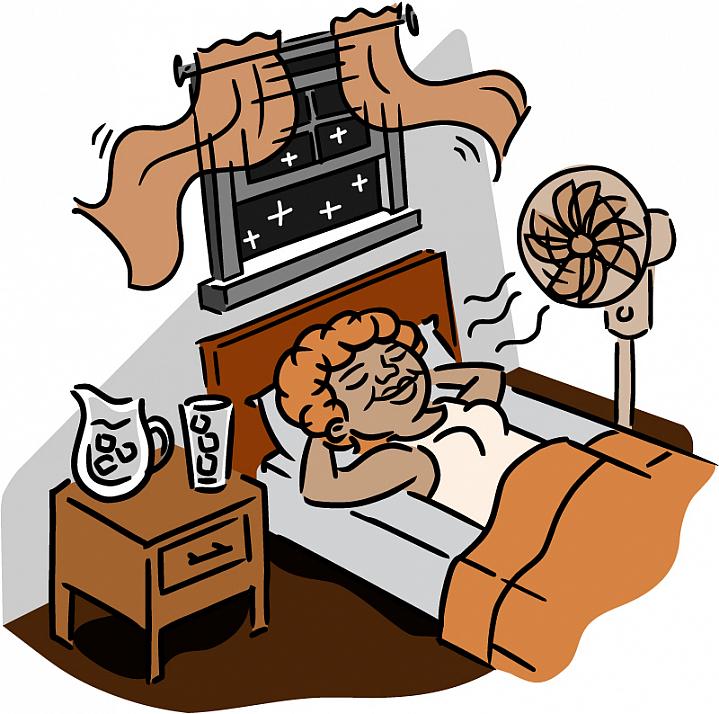 Menopause—it’s a transition that looms large in the minds of many women as they approach age 50. It’s sometimes called the “change of life.” Menopause marks the end of menstrual periods and fertility.

It can be a challenging time, physically and mentally. Familiar concerns include hot flashes, trouble sleeping and mood changes, but symptoms can vary greatly for each woman. Many women don’t need treatment. For those bothered by symptoms, choosing the best treatment can be confusing. Different therapies have benefits and risks that need to be weighed carefully.

Knowledge about menopause has grown significantly over the last 2 decades. Large NIH-funded studies of women before, during and after menopause have given new insights into how menopause proceeds. New treatment options are being developed, and long-standing therapies are under more thorough evaluation.

“This ongoing research is necessary because there are 40 million menopausal or postmenopausalAfter menopause. Postmenopause begins at the last menstrual period and lasts the rest of your life. women right now in this country, and a growing number are entering menopause each year,” says Dr. Howard N. Hodis, a cardiovascular and menopause researcher at the University of Southern California.

Menopause is defined as the final menstrual period. On average, women have their last period around age 51, but it can also occur in their 40s or late 50s. Symptoms usually begin to appear several years before menopause. This time of change—called the menopausal transition, or perimenopause—extends to 1 year after your final period.

During perimenopause, levels of estrogen and progesterone—2 female hormonesMolecules sent through the bloodstream to signal another part of the body to grow or react a certain way. made in the ovaries—go up and down irregularly. This leads to changes in menstrual periods. The fluctuation in hormone levels that begins during perimenopause can affect many different parts of the body.

Dr. Gail Greendale of the University of California, Los Angeles, is one of the lead researchers in an NIH-funded study that’s looking at the many shifts women face during the transition. The study’s been following more than 3,000 women for over 15 years, from before menopause to well after. The researchers are monitoring bone health, the heart and blood vessels, the brain, cancer and a variety of symptoms.

“Part of our mission is to let women know what’s coming—the range of common experiences—because it can help them understand what’s going on during the transition,” says Greendale.

Among the study’s many findings, the researchers discovered that thinking can become temporarily muddled during perimenopause. “Our study found that women were not learning information as efficiently as they had before. There was a subtle decline in cognitiveRelated to the ability to think, learn and remember. performance during the transition,” says Greendale. But the learning deficits went away once women hit postmenopause. “So there’s light at the end of the tunnel,” she says.

Another part of the study looked at mood and found that depressive symptoms—such as feelings of hopelessness, loss of appetite and a persistent sad mood—increase during the transition and continue into postmenopause. During that same period, hot flashes and night sweats also tend to increase.

“Hot flashes can be severe and highly disruptive. We used to think that they lasted for 2 or 3 years, but our studies have shown that for some women they can last a lot longer—up to 7 or 10 years,” says Dr. Sherry Sherman, who oversees the menopause research programs funded by NIH’s National Institute on Aging.

For some women, hot flashes and other symptoms can become so troubling that they interfere with daily activities. If this happens, check with your doctor. There are many ways to seek relief. Lifestyle changes, such as exercise or reducing stress, might help. Some women turn to medications—especially menopausal hormone therapy—to reduce symptoms. The therapy may include different hormone combinations and is available in a variety of forms and doses. Some studies, though, have raised questions about the safety of hormone therapy.

Back in the 1990s, hormones were recommended for most women for the rest of lives. Hormones not only relieved symptoms; they were also thought to help prevent heart disease and other conditions. Things changed in 2002, when a large NIH-funded study called the Women’s Health Initiative concluded that the overall risks of hormone therapy outweighed the benefits. The therapy—a particular type of estrogen plus progestin—led to fewer bone fractures and less risk for colon and rectum cancer. But it also raised the risk for breast cancer, heart attack, stroke and blood clots in the legs and lungs. In 2004, the study found a lower risk of bone fractures in women using only estrogen, but an increased risk of stroke.

Further analysis suggested that some health risks may depend on when a woman begins menopausal hormone therapy. “Multiple lines of evidence suggest that if we put women on hormones at a time that is early or close to menopause, there tends to be a benefit to heart health and a reduction in mortality (death rate),” Hodis says. He’s heading an NIH-funded study to explore the idea that vascular health might be improved in women close to menopause. Results are expected by 2013.

Today, estrogen remains the most effective medicine approved by the U.S. Food and Drug Administration for treating menopausal symptoms such as hot flashes and night sweats. Because of safety concerns, some experts recommend that physicians prescribe the lowest effective dose for the shortest period necessary.

If you’re nearing or in the midst of menopause, learn what you can about the transition, consult with your doctor and make an informed decision about what treatment—if any—is best for you. “Each woman is different, and so therapies must be personalized to each and every woman,” says Hodis.

If you have bothersome symptoms, here are some ideas to try: